Skip to content Skip to main navigation Skip to footer

In 1783, a ferry was established here to carry travelers across the Beech Fork River. From her, flatboats carried goods to Natchez and New Orleans. Parker’s Landing is noted for its unmortared rock fences. There are many fine old houses in the area.

The gently rolling hills and pristine waters of Washington County were discovered on the eve of the Revolution and by war’s end, many settlements had arisen. Far removed from danger, Washington County developed quickly. The comfort and security of these emerging communities enticed many early travelers along the Wilderness Road to settle here. Washington County was the first county created by the Kentucky State Legislature and named for the first President, George Washington.

Springfield’s earliest settlers, most arriving via the Big Road (Wilderness Trace), which originated at the Cumberland Gap and stretched on to Bardstown, founded Sandusky Station in 1776. Cartwright’s Station in 1778 and traded at Parker’s Landing (Fredericktown), which appears on Filson’s 1784 map of Kentucky. 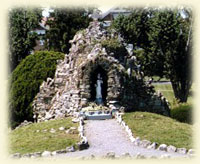 Their numbers were greatly increased with the arrival of Maryland Catholics in 1785. In 1793, one year after Washington County became the first county created by the new Commonwealth of Kentucky, a site was chosen for the county seat. In the center of the Public Square was the courthouse. Stores were erected around the square and the little town prospered. It was called Springfield. Residents of the city take pride in the traditions and legends of their ancestors. Washington County also takes pride in its rich religious heritage. Presbyterian, Baptist, Catholic and Methodist congregations here were served by the first ministers of their denominations ordained within the geographic area of the future Commonwealth. St. Ann’s, established in 1787 and now demolished, was the earliest church for the Catholic congregation. St. Rose Church and St. Catharine Motherhouse, established in 1806 and 1822 respectively, still illustrate the rich Catholic history of the area. These historic and architecturally unique structures highlight the development of the first Roman Catholic diocese west of the Alleghenies. 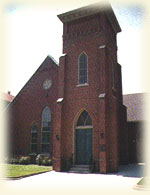 By 1790, the Presbyterians, Methodists, and Baptist denominations had organized churches in the city and have played a significant role in the city’s development as a traditional, close-knit community. The tower of the current Presbyterian Church located on East Main Street dates from 1838.

From this tower, one can envision the building of the Central Business District that is still maintained and preserved. Main Street has numerous commercial buildings built at the turn of the twentieth century which reflect the beautiful architectural design of the period-in addition to the obvious prosperity of the times. Preservation of these buildings, the historic 1816 Courthouse and the up-keep of the historic residences located in the blocks surrounding the Central Business District, has allowed Springfield to develop into a unique community. 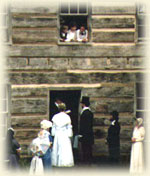 Residents enjoy the many stories and legends passed down from generation to generation relative to the Lincoln’s settlement in Washington County. They also feel fortunate that the relics and artifacts still available from the Lincoln’s residence are either maintained by Lincoln Homestead State Park or by families in the area.

Springfield remembers the Civil War for both the Union and Confederate troops passed through here on their way to the Battle of Perryville. Springfield men were among them and many wounded were carried back to Springfield. General Don Carlos Buell had his headquarters in town. It is not surprising that Springfield and Washington County citizens are historic minded.